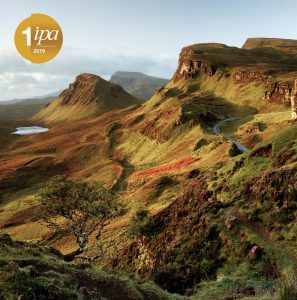 My most prestigious International Photography Awards 2019

Great success at the most prestigious photo competition in the world:

Analog / Film Photographer Of the Year

My photo „Quiraing sunrise” was rewarded first prize in the Category of Analog/Film Photography, Landscape  and won the Analog / Film Category in the International Photography Awards 2019 thereby giving me the title of Analog Photographer Of the Year. „Quiraing sunrise” will be presented during the „Best of Show” exhibition (21st October 2019, Splashlight Studios, 75 Varick Street, New York) and is nominated for the Lucie Trophy  recognized as Academy Awards in the field of photography. Lucie trophies winners will be announced on October 22, 2019 during the Lucie Awards Gala at Carnegie Hall, New York.

Additionally, I received Honorable Mention awards for the series of works „Scottish Isles – following the light” and single photos: „Chicago” and „Bass Rock”.

The International Photography Awards (IPA) is the most prestigious annual competition for professional and amateur photographers in the world. In this year’s edition, the Jury evaluated over 12,000 photos from 110 countries.

Category winners, at both professional and amateur level, compete for two major IPA awards that will be announced at the annual Lucie Awards. The main prize is the International Photographer of the Year – the winner is selected from 13 winners in the professional category. Winners of 13 amateur categories compete for the title of Discovery of the Year.

„Best of Show” exhibition. Each year, the International Photography Awards invites a recognized curator to choose 20-25 photos that will be presented in the exclusive „Best of Show” photo exhibition which will then be presented in various parts of the world as part of exclusive photographic art galleries as well as during photo festivals and other related events. with photography throughout the next year (including in New York, Los Angeles, Moscow, Paris, Budapest, Barcelona, ​​Tokyo, Taipei, Shanghai, Manila, Bangkok, and other cities).

Publication of awarded photos. The work of all winners will be released in the high-quality, full-color album „International Photography Awards 2019”.